Conferenza: Life expectancy is increased 10 years in last 40 years: how the heart has changed 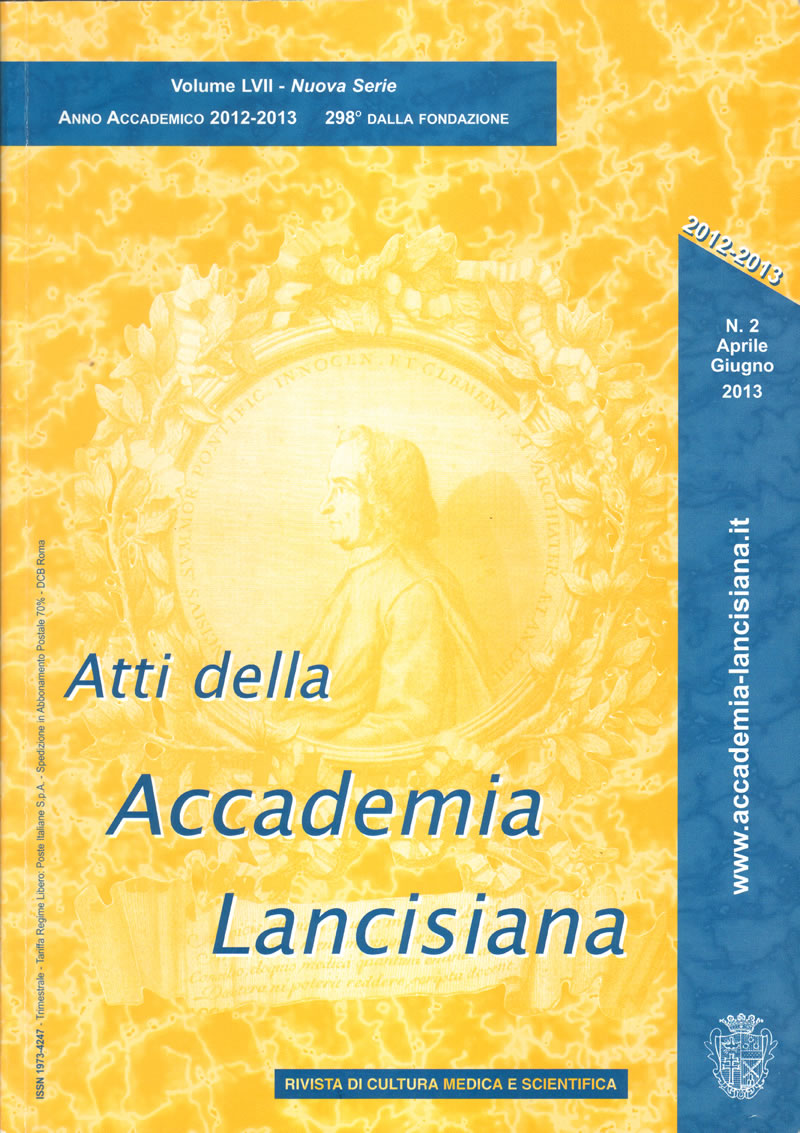 Life expectancy is increased 10 years in last 40 years: how the heart has changed

The demographic transition, with longer life expectancy, is mainly due to prevention and care of atherosclerotic vascular and  heart disease. The cardiovascular patient is now much older than during the ‘70s and ‘80s of the past century, and often presents with coexisting geriatric syndromes that affect healthcare goals, outcomes, and the process of care.

Coronary disease, hypertension, stroke, arrhythmias and cardiac valve problems are becoming more frequent in the last few decades1, and presently the most common causes for medical hospital admission are heart failure and atrial fibrillation which together contributes to 2% of the overall Public Healthcare System expenses. Cardiologists often face a variety of problems connected with aging, that are the reason why the elderly were systematically excluded from clinical trials: evidence-based treatment and Guidelines are often lacking and treatment becomes more complicated. As an example cognitive impairment is an independent variable of worse prognosis and is present in 10% of the people over 65 and in 40% of people over 80 years.

Cardiology has witnessed in the last few years a rapid growth in clinical and pathophysiologic knowledge due to the technologically advanced diagnostic and therapeutic equipment available. On the other hand geriatric, by vocation and tradition, has cared for the complexity of the  state of health of the elderly. The great technological revolution faces us, ever more often, with therapeutic decision,  in  a high  complexity clinical environment, that have strong ethical and economic implications both at the individual and social level.

Hence the need to extent the cardiology body of knowledge to a new population. The main goal of geriatric cardiology is then to develop a cultural integration among the two specialties. At the same time a dialogue with other specialties, such as general medicine, whose main objective is the treatment of chronic diseases, is mandatory.  The real need is for a new culture and sensibility rather than a new specialty. An in depth knowledge of this new population is required: its epidemiology, with dedicated registries and outcome evaluations, and an in depth appreciation of the complexity of the treatment environment.

Peculiarities of  cardiovascular diseases in the elderly

Presently the life expectancy for an Italian male is approximately 80 years and for a female is 83 years, with an estimated growth  of 3 months each year hence upon.  This improvement is attributable to the  efforts devoted to the care of atherosclerosis during the last two decades of the previous century, such as   the “pandemic” aspect of this chronic condition could be considered resolved in the similar way as in the previous centuries plague, syphilis,  and tuberculosis   have been eradicated.

By reducing the vascular causes of cardiac conditions, the tissue and degenerative pathologies take center stage. Accordingly, we witness an increase in heart failure, not by chance, with a predominant diastolic component, and not determined by myocardial tissue loss, but rather by a progressive fibrotic replacement of myocytes.  In this context it is well explained the increased occurrence of atrial fibrillation due to degenerative fibrotic replacement of atrial tissue. This two situations affect a significant portion (up to 15%) of the population over 80s. Non ST elevation myocardial infarction (NSTEMI), heart failure, and atrial fibrillation are ever more frequent in an aging population with significant problems affecting other organ systems, as to determine a progressively more complex clinical scenario.

The aging process of cardiovascular system has numerous mechanisms including replicative senescence, apoptosis, and inflammation3.The aging related changes include increase in ventricular mass, atrial dimensions, deposition of myocardium collagen, and calcium at the level of the cardiac valve and of coronary arteries. The increased production of collagen, calcification, and endothelial dysfunction contribute to the increased stiffness of the arterial wall.

Likely, the treatment with statins, which helped many patients modifying the biology of the plaque, preventing its evolution towards rupture, has not prevented the evolution of the plaque towards sclerosis.

These plaque modifications, whether reduced the occurrence of STEMI, have translated in an increase in the number of infarct with non-thrombotic, but rather, hemodynamic mechanisms, typical of the frailty and comorbidity affecting the older portion of the population.

The multimorbidity (more than 2 coexisting conditions) affects negatively, in the vast majority of the elderly, the occurrence of repeated hospital admission, disability and death4. Often, therapeutic decisions and therapeutic results are affected by renal insufficiency5 or the presence of neoplastic pathology which could either be affected negatively by treatment or limit the life expectancy.

Often in the elderly with comorbidity, therapeutic decisions are guided by patient’s choices, the interpretation of evidences, prognostic considerations, clinical feasibility, and the opportunity to optimize the treatment. Evidence-based medicine has been developed on much younger population, with systematic exclusion of the elderly, such that Guidelines are difficult to implement in a “different” and aging population.

The high cardiovascular morbidity and mortality  in the elderly should prompt aggressive and technologically advanced solutions. It has been shown that an aggressive treatment in the elderly, both in clinical practice and observational studies, is more rewarding in terms of NNT (Necessary Number of patients to be Treated to achieve a clinical benefit) as compared to the younger age group. Nonetheless, because many people over 65 have been excluded from the trials, along with the lack of firm clinical evidence, they run the risk not to receive adequate treatment both in the acute setting and in the treatment of their chronic condition. Registry studies have shown that elderly patients with comorbidity are systematically excluded, whether they are indeed the subjects which will derive the maximal advantage from early invasive treatment. The “net clinical benefit” increases with increased age in many conditions, such as anticoagulant treatment to prevent thromboembolic phenomena in atrial fibrillation, from which, once again, the elderly are systematically excluded.

The psychological prejudicial standing according to which chronological age is a limit in prescribing the appropriate treatment is called “ageism”, which is that attitude that discriminates and under-privileges the elderly, beyond the objective risk connected to the age in terms of possible drugs adverse reactions or clinical intervention.

One of the most common geriatric syndrome is the cognitive deficit6-10 which includes both memory and functional deficit: it is well known that this condition is burdened with a worst prognosis when associated with many cardiovascular pathologies, most common of which is heart failure. In this latter clinical scenario the management is further complicated by common geriatric problems such as urinary incontinence (15-45%), frequent falls (32-43%) and frailty (14-25%)11.

Frailty is usually defined as an increased vulnerability to common environmental stress and recently has been identified as an important parameter useful in identifying negative outcomes12-14.Frailty has to be accounted for in the therapeutic decision making process: as an example, for patients candidate for elective surgery or percutaneous procedures, the available evidence based tools have been constructed on a much younger patients population and are not applicable to an older age group.

Some parameters such as frailty index and the presence of cognitive deficit, must be part of the risk evaluation because they significantly impact on the outcome.

The most common criteria to evaluate frailty are: slow walking, weak handgrip, tiredness, limited physical activity, and unaccounted weight loss. Patients with at least 3 of those elements present could be classified as frail and as such more likely to suffer from repeated falls, permanent disability, repeated hospital admissions, as compared to patients judged as not frail.

Frailty has been found to have an important role as predictor of outcome  in patients candidate to transcatheter aortic valve replacement (TAVR). In the original randomized trial PARTNER, 31% of patients undergoing TAVR died during the first year after the procedure, thus the need to better identify patients who could have benefit in the long term from the procedure. After the PARTNER trial, frailty has been identified as one of the most important parameter predicting the outcome in the elder population15,16.

Besides TAVR frailty has been studied in connection to myocardial infarction, and has been confirmed, after adjustment for common risk factors, as an independent predictor of recurrence of cardiovascular events17.

Polipharmacy18,19, defined as the chronic use of 4 or more classes of drugs, is very frequent in the elderly, affecting significantly on the results of the treatment due to the higher occurrence of untoward side-effects and of drug interaction, stemming from their reduced filtration capacity of the liver and the kidney.

In the last few decades cardiovascular drugs used to treat common conditions (P2Y12  inhibitors, statins, PCSK9 inhibitors in coronary disease, new antiarrhythmic drugs and oral anticoagulant in atrial fibrillation, anti-aldosterone and inhibitors of renin-angiotensin system, and neprilisine in heart failure) enhanced our pharmacological armamentarium, but at the same time have complicated the poly-pharmacological drug regimen in the elderly with associated chronic diseases.

Polypharmacy is a risk factor for repeated hospitalization and access to the emergency room, hence one of the most important task for the Geriatric Cardiology is to limit inappropriate and potentially dangerous treatments20.

Ever more often we are facing with the problem of recommending complex invasive procedure for this aging population (TAVR, PCI, ventricular assist device for advance heart failure) as well as complex pharmacological treatments with significant side-effects: long and repeated hospitalization, and death are significantly more frequent in the elderly as compared to a younger age group, thus the need to identify in the former population, subject that could actually benefit from the various therapeutic approaches.

The high complexity of this therapeutic environment in which important are socio-economic factors, cognitive and emotional capacity, as well as consideration of ethical issues calls for the development of sophisticated interdisciplinary competences.